speak to your local travel expert


Your first visit will be Giang Mo, the village of the Muong minority and stroll through the rice fields. You will also visit Muong Cultural Space nearby to have an overview of Muong people and its culture.

Drive through the stunning valley of Mai Chau for lunch at a stilt-house, followed by a stroll around interesting surroundings and ethnic minority tribes of Pom Coong village

Visit a tea plantation in Moc Chau plateau, one of the best Vietnam tea-growing region in Vietnam

After breakfast, your guide will meet and take you on 2,5 hours journey to Hoa Binh. Your first visit will be Giang Mo, the village of the Muong minority and stroll through the rice fields. You will also visit Muong Cultural Space nearby to have an overview of Muong people and its culture.

Continue driving to stunning valley of Mai Chau for lunch at a stilt-house, followed by a stroll around interesting surroundings and ethnic minority tribes of Pom Coong village.Then a short drive will take you to a remote village of the valley for approximately 3- hour trek passing by authentic villages and lush paddy fields. Spend the night in a Thai family.

After breakfast at your homestay, embark on a scenic drive north to Son La, passing by fruit orchards, tea plantations along the route. There are plenty of opportunities to meet and interact with local tribe people of black Thai, White Thai, H’mong, Muong. You will also visit a tea plantation in Moc Chau plateau, one of the best Vietnam tea-growing region in Vietnam.

Upon your arrival in Son La, visit Son La prison and the small museum next door dedicated to the dress, tools and lives of the ethnic minorities of Son La, mainly H’mong.

Note: If today is Sunday, visit the weekly ethnic market en-route, some 40km from Mai Chau before driving to Moc Chau & Son La.

Continue your drive on winding roads, passing longer passes with chances to see more colorful minority groups. After lunch, drive through the impressive Pha Din pass which will be the highlight of the day. Stop on the top of the pass, your guide will explain an interesting local legend about this pass.

Dien Bien Phu is 35km from the Laos border, and is situated in the Muong Thanh Valley. For centuries it has been a major town on the transit route for traders between Myanmar, China and the north of Vietnam, but more recently in May of 1954 it became a place of special significance in the creation of a modern state of Vietnam. It was the site of a decisive battle that led to a 57 day siege of the French garrison and consequential end of the French colonial occupation.

The history of Dien Bien Phu is the main attraction here and now being the capital of Lai Chau province the once small town is growing considerably.

On the site of the battle there now stands Dien Bien Phu Museum were old French tanks and artillery can be seen along with the re-building of the bunker headquarters of the French commander Colonel Christian de Castries.

Stroll around the local market and the city centre before embarking on a another journey to Muong Lay passing the stunning gorges and the Nam Na River. You will stop en route to visit the authentic villages of H’mong and Dao people. Arriving in Lai Chau in early afternoon where you will have lunch and enjoy free time at leisure.

A motor-boat trip can be arranged (at additional cost) to visit different villages along the Black River. You can make a stop to visit a village of Thai minority and learn about their daily life on the riverbank. A friendly atmosphere makes your trip more enjoyable. The boat takes you further downstream and you will be transferred back to the hotel in the late afternoon.

Today the route takes you to Sapa on the side of Fansipan Mountain range. The road is a bit bumpy at times but the magnificent scenery of the surrounding fertile valley, pristine rivers and towering mountains compensates. You will stop en route at Heaven’s Gate to have bird-eyes view of the enormous picturesque Muong Hoa valley and Fansipan Mount. Visit Silver Waterfall before driving straight to Sapa town, arriving in the afternoon.

Note:
The Thursday and Sunday ethnic market in Tam Duong is very colorful, frequented by different ethnic minorities in the region.

At 9h00, you will start the day with a walk through the town of Sapa and along a dirt trail through vegetable gardens and rice paddies. The spectacular scenery of Muong Hoa valley gradually appears. You will then reach the river running at the bottom of the valley and continue the walk on the bank of the river. Eventually you’ll arrive in Y Linh Ho village of Black H’mong minority. Enjoy a picnic lunch by the river.

After lunch, the hike from Y Linh Ho village to Lao Chai village of Black H’mong minority is almost on the hillsides. The view of the valley is more and more extending and stretching to the horizon. Stop at Lao Chai village to visit a local house before following the dirt path linking the village with Ta Van village, the only one in the valley inhabited by Giay minority. From Ta Van village you will be picked up by vehicle to Sapa, then to Lao Cai for overnight train to Hanoi.

You will arrive in Hanoi in the early morning. Tour ends.

From: US$ per person for a private tour of minimum 6 guests traveling together
Valid till October 31, 2022 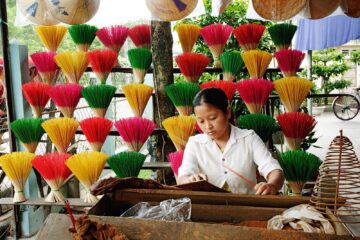 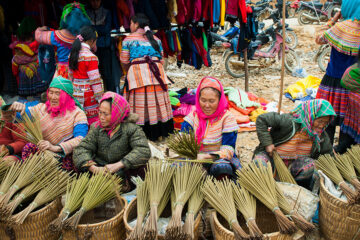 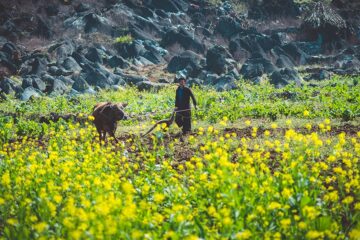 Provide us with a few starting details about your travel plans, and one of our Vietnam specialists will be in touch to give you suggestions and ideas.

Superb organisation throughout. This felt like a top class high priced trip in all respects except the cost. Although it was superficially a bit more expensive than some competitors, the fact that the cost of every one (of the many) excursions was included in the price meant we got the 1st class quality at no ... Read more

Best part of our trip were the tours organized and peace of mind we had. All the hotels were very nice and the staff very professional. The tours organized were not the typical tourist destinations so we did not have to face large crowds. Coffee and food were our favorite things about the Vietnamese culture. ... Read more

Excellent service from start to finish! I booked a 3D/2N tour from Hanoi to PuLuong and everything went very well: smooth on-time transfers, nice hotel, good guide constantly taking care of travelers. On top of it I had online support always available to help me with information and adjustments. Highly recommended!

We took a 9 day tour of Cambodia and Vietnam through Absolute Asia Travel. The whole trip was well planned and managed. Tour guide was always on time in both the places and the itinerary was also good in the sense that it was neither hectic nor laid back. The vehicle provided was also comfortable ... Read more

Tuan did a wonderful job of organizing a 19-day, multi- country trip in July 2018. We already had some places in mind that we wanted to visit and Tuan made helpful suggestions and was flexible with any changes we wanted to make to the itinerary. He was very responsive to any questions (and we had ... Read more

Absolute Asia Travel provided us with a 7 day non-trekking itinerary in the mountainous far North East in Vietnam. Our English speaking driver/guide Mr Son was highly experienced and from the area and passionate about the land and it’s people. We were safe & really comfortable travelling in the SUV. There was every opportunity to ... Read more